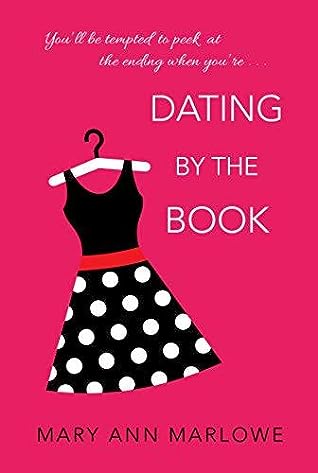 Is love just something you find in books?

Six months ago, writer and bookstore owner Maddie Hanson was left at the altar. Since then, she’s had zero interest in romance—despite the fact that she runs a book club full of sexy eligible bachelors. But when her latest novel is panned by an anonymous blogger who goes by the name Silver Fox—and who accuses her of knowing nothing about passion—she decides to prove her nemesis wrong by seeking a romance hero in real life . . .

There’s the smoldering rock musician, the bookish college professor, and her competitive childhood friend who may want to steal her bookstore more than her heart. Even Silver Fox is getting in on the action, sending Maddie alarmingly—and intoxicatingly—flirtatious emails. And that’s not all. Her ex wants her back.

Dating by the Book is a book written for book lovers.

I usually don’t chicklit, but after reading some reviews, I thought why not!

The story follows 27 year old Maddie Hanson as she returns to her cozy small hometown Orion, to open up her bookstore. In order to keep her store afloat she does everything she can to increase sales, which includes running a weekly book club. In addition, she recently just released her debut book under a pen name. An author running a book store in a small town; doesn’t that sound like a bookworm’s dream? 🙂

It’s not surprising that Maddie was definitely a character that a typical book lover can relate with. Whether it’s subconsciously identifying herself with the heroine of the books she reads, or constantly trying to identify her real-life romantic hero, Maddie’s bookish tendencies are easily sympathized with readers. As well, her indecision and occasional cringe-worthy antics make her an even more likeable character.

It was definitely a nice read with so many literary references. The book is chock-full of book tropes, literary characters, and pays homage to great literature pieces! I got very excited when Maddie referred to characters like Lizzie from Pride and Prejudice, Scarlett from Gone with the Wind, or Jo from Little Women during conversations. Oh and The Little Prince. Did I ever mention that I loved The Little Prince? **Sighs**

Of course there were notable tropes and more guys than I warranted for, but I couldn’t help but be entertained as Maddie and the guys through around witty remarks at each other. I really enjoyed learning about the characters, and was pleasantly surprised when the book got much spicier [read the comment] halfway through. It kind of felt like the first half was there to establish the field for the players (ie. all of Maddie’s possible love interests), while the second half was where each of them took their shots. In hindsight, this sounds very much like The Bachelorette. lol

Plot-wise, the book was really fun to read, and I loved rooting for my ship and trying to guess which of these men was the anonymous Silver Fox. While rooting for which guy, I definitely had my biases; I’m a sucker for the boy-next-door trope, like Love Rosie, A Taxonomy of Love, etc etc, so there was no doubt that I was #TeamMadMax all the way.

I was really surprised at how much I enjoyed reading the book. Initially, I wasn’t quite sure about how I felt about books that talked about books, but the novel definitely changed my view. Maddie’s bookstore played a central role in the story, so a lot of the story took place there. I was expecting the book club discussions to be a bit boring to read, but it was so clever how Mary Ann Marlowe strategically chose the books read by the club to work in tandem with the plot. There could not have been a more suitable way to advance the plot of the book.

Some situations were a bit contrived, but then again this was meant to be a pleasant feel-good read. The spot-on humour and satisfying ending ultimately did achieve that.

It was a breeze through the book, and I have to say as a book reviewer, this book was so relateable. It felt like Marlowe wrote it for the book community to read. It was only fitting that Marlowe included a list of discussion questions at the end of the book. 🙂

After reading this book, it definitely made me want to pick up and reread some of the classics! Maybe I’ll get a good read through Little Women before the movie comes out!

2 thoughts on “Review: Dating by the Book by Mary Ann Marlowe”